Year Four have been learning about programming a computer by using commands. Before we began, we thought about the computers that we have at school and in our homes that have been created through programming. We then realised, that when coding, accuracy is fundamental so that the computer does what we want it to do. We looked at ‘Turtle academy’ and learned about its functions and what they were used for. 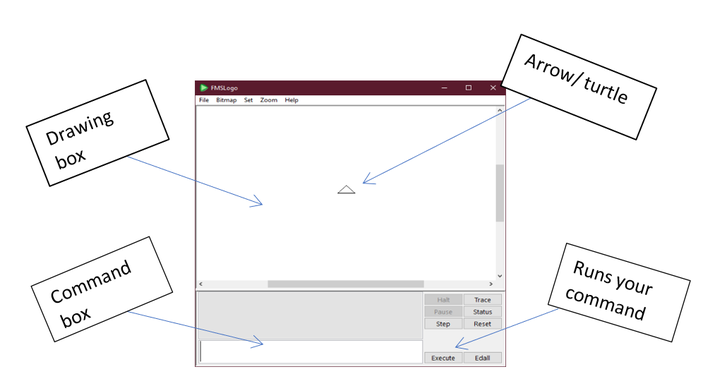 We then explored what codes we could use to make the ‘turtle’ move and create an image on the screen. We could explore the programme and use commands followed by a value to create an image in the drawing box. We also used our maths skills to decide how many degrees we wanted the ‘turtle’ to turn.

When we felt confident with the basic commands and tested them out, we were able to begin creating a ‘code snippet’; we did this to create digits within the programme; we were also able to problem solve and work out which commands were needed to create a ‘0’.

We have been discovering how we can use specific sets of instructions in ‘Turtle academy’ to produce a given outcome.

We began by choosing and drawing a letter, and then we annotated our letter with an algorithm. After that, we turned our algorithms into codes that we could use in our programme to create our letters on the computer.

We also learned about debugging a code and practised with some example letters that had not gone well.

Today in our computing lesson we worked with count- controlled loops in a range of contexts. We used TurtleAcademy to write codes for regular 2d shapes and then tested our code snippets by programming the code. We were able to work together to create shapes and ‘debug’ shapes that hadn’t gone to plan. We were even able to create some amazing designs within TurtleAcademy by experimenting with different code loops.