What is a noun?

A noun is the name of a person, place or ‘thing’.

I shoved on my floppy hat.

The brave teenager rescued the dog.

Jittering roof tiles began to rattle and a rusty gate swung back and forth.

The path was narrow.

A rocket flew through the sky.

Nouns can be singular (referring to one person or object) or plural (more than one). 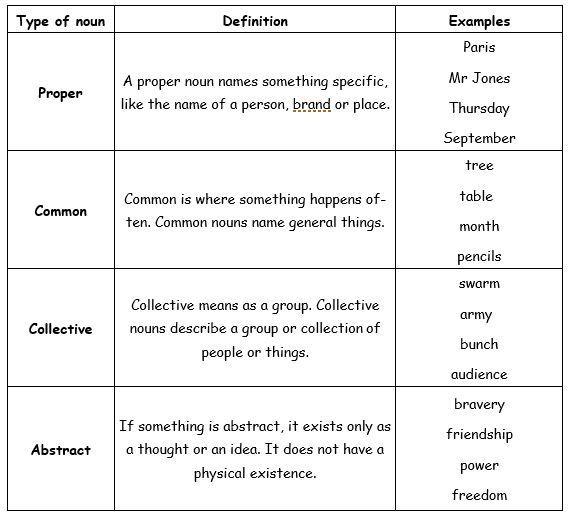 Some nouns can be common or proper nouns depending on how they are used in the sentence.

The mums were invited to join in on sports day.

“Mum, please can I have some sweets?” asked Millie.

A phrase is a group of words that is not a full sentence and doesn’t make sense on its own. 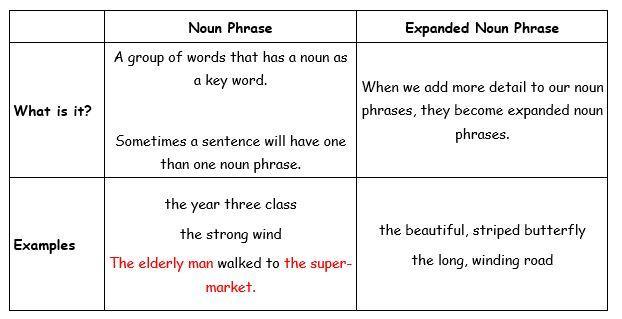