Adverbials modify verbs or clauses; they can be adverbs, phrases or clauses. Adverbials can be used to create cohesion within and across paragraphs. 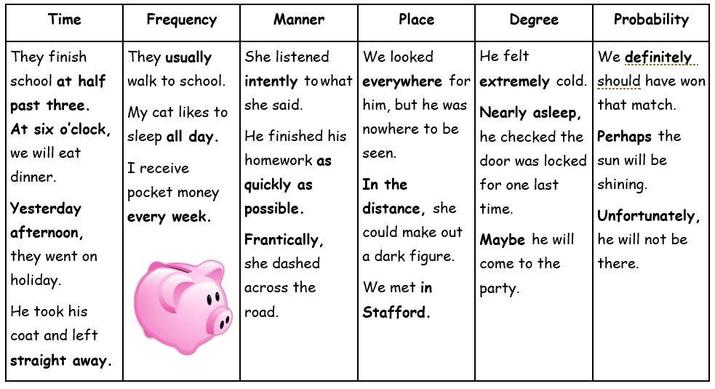 Adverbials can be found anywhere in a sentence; however, if they are found at the start, they are called fronted adverbials. They are followed by a comma.

Sometimes, I brush my teeth three times a day. Courageously, she took the final step.

In a blink of an eye, she was gone.

A sentence or clause can have more than one adverbial.

E.g Almost every evening, she studies hard in her bedroom.

in other words     most importantly

to clarify   to summarise