What is an adjective?

An adjective is a word which tells you more about a noun or a pronoun. It tells you what something is like.

I shoved on my floppy hat.

The brave teenager rescued the dog.

Usually, an adjective comes before a noun, but sometimes it can be separated and come afterwards.

These still describe the noun, but come after the verb.

Some adjectives can be made by adding a suffix to a noun. For example, beauty can be made into beautiful and adventure can be changed into adventurous.

You can made hyphenated adjectives. For example, if someone is very warm and generous and has a big heart, then you can describe them as big-hearted. It is hyphenated, since you are not saying that they are big and hearted!

Creaking gates swung back and forth.

In this sentence, creaking is being used as an adjective to tell the reader more about the gates.

The gates were creaking back and forth.

In this sentence, creaking is being used as a verb.

You are the writer; you are in charge!

Feel the power of adjectives!

Since adjective tell the reader more about a noun, they create a clearer picture of what is being described. Look at how different choices can change the ‘picture’ that has been created…

Different adjectives can affect the reader in different ways. Which of these two examples do you prefer?

It was a cold, dark evening in Down Street. Cold and dark describe the evening, so a comma is needed.

She paused with her hand on the tired, old gate. The gate was tired and old, so a comma is needed.

Have a look at the same words punctuated differently…

Try out this pattern, using the same adjective twice. Add a comma before the second one.

It was a silent town, silent in a way that did not make you feel restful.

!   Adjective and adverb made from the adjective

Use an adjective in the first descriptive part of the sentence and then add further detail (usually an action) using an adverb made from the adjective.

It was a spooky place - even the branches of the trees moved spookily.

Recycling is easy, and this explanation will demonstrate just how easily you can recycle in your own home.

Although using too many adjectives can over-load a sentence, there are times when more work well. Try using two pairs in a type of list.

Injured and terrified, shell-shocked and lost, he wandered aimlessly across the battlefield.

Using an adjective and then its comparative and superlative form can be very effective.

Wasting water is damaging, littering is even more destructive, but the most catastrophic environmental habit is producing air pollution.

This is another skill that can be used in fiction and non-fiction writing.

Sam - confident and humorous - made even the meanest child warm to him. 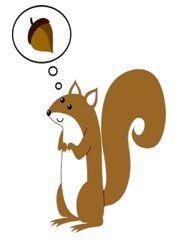 Squirrels - cunning and ingenious - can usually manage to steal the nuts, whatever has been put in place to stop them.