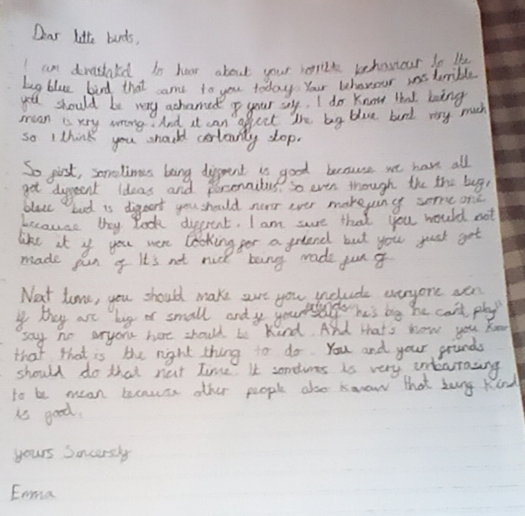 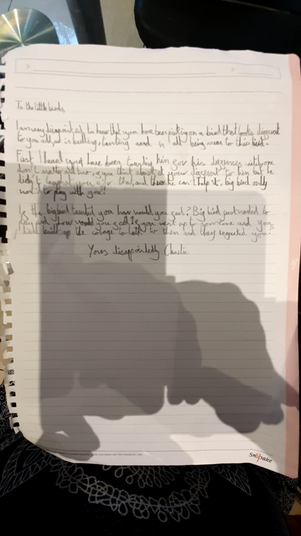 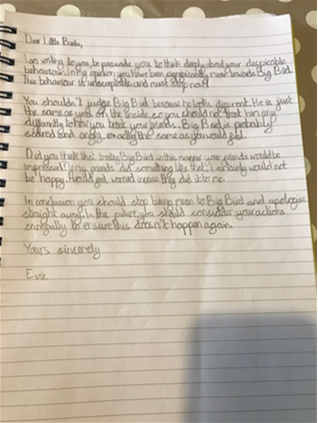 Dear Little Birds Please stop being nasty to big bird as this is unkind. Just because the big bird is different doesn't make it right to make fun of him. Remember we all have feelings and we can all get upset when someone is mean to us. How would you feel if somebody was unkind to you? I'm sure you wouldn't like it. Life would be quite boring if we all looked and behaved the same. You should never judge someone before you actually get to know them properly. Remember if you see your friend being nasty to someone don't join in. You should not be afraid and show that you don't agree with the bully's. We all need to be kind to each other to make the world a better place.

I am writing to you because of your dreadful actions to Big Bird. You were very mean to him, which would definitely hurt his feelings.

Just because Big Bird looks different to you doesn't mean you can be mean to him. How would you feel if he did it to you?

Additionally, your actions were dangerous and could of resulted in an injury.

In conclusion there was no reason to do it and I want you to think not to do it again. 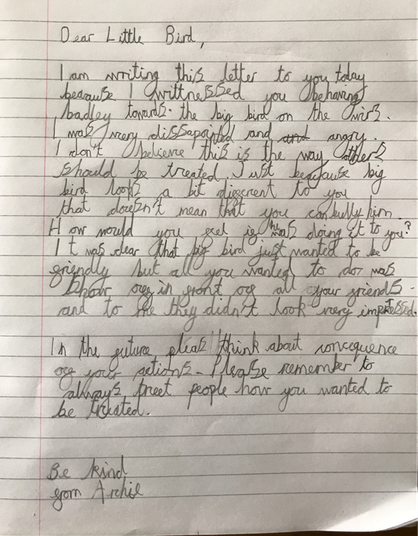 The little birds were making fun of the way the big bird looks, they were being mean to him by moving away from him and whispering to each other about him. Big bird was trying to join the little birds. All of the little birds started shouting wen one pecked him another bird joined in, this made all the other birds encourage them to be nasty and peck him even more. If the little birds had not been so nasty to the big bird they would not of ended up with no feathers and being naked because now they look stupid. If they had just let him join in with them they could of all been friends. The moral of the story is the big bird had the last laugh. 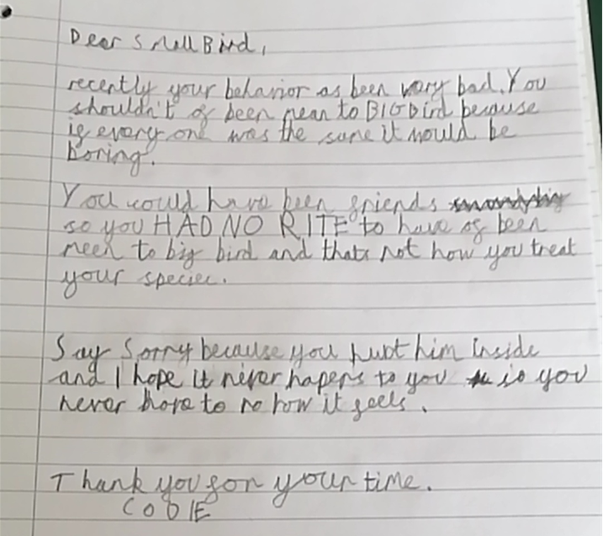 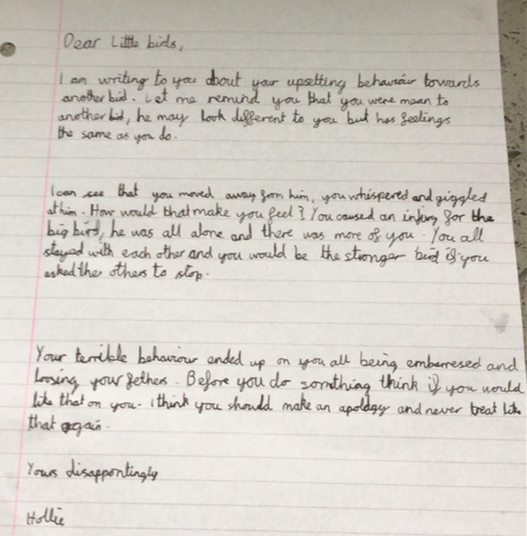 I found your behaviour very unacceptable, laughing at big bird and excluding him. You should not treat people badly because of the way they look. We are all individual, and it is nice for people to look different. It would be boring if everyone looked the same.

People can't help the way they look, and we must remember that someone that looks strange or different, could be a beautiful person inside. You should treat people how you would want to be treated yourself.

It may seem clever to impress your friends, but it really isn't. You should not have to impress people, and if your friends are nice people they would think your behaviour is very wrong. You should always be yourself no matter what.

Furthermore I can imagine that big bird felt sad, lonely, scared and excluded. In a world were you can be anything, be kind.

In conclusion I think you need to reflect on your behaviour and try and explain you are sorry to big bird, and in the future think about the way you treat people.