This half term, we are exploring Leonard Bernstein's famous 'Mambo' piece from West Side story. During this unit, the class will listen and reflect on a piece of orchestral music, create their own Latin inspired rhythmic ostinatos, learn rhythms from Bernstein’s ‘Mambo’ and structure them into a piece, perform as an ensemble and learn musical language appropriate to the task. Keep your eyes peeled below to see our learning in progress and to listen to the first piece so far that we have been analysing.

Our focus this term was to prepare for the, much anticipated, Pyramid concert! We have been learning all about body percussion and decided to introduce our weather-themed medley with a stormy body-percussion! By using different parts of our body, and in various ways, we created a tropical rainstorm followed by a carefully designed medley to put our singing skills to the test!

Can you spot us?

In our first music lesson this half term, we explored the piece 'Mars' (see link below) by composer Gustav Holst. Holst wrote music to describe the planets, so we thought that it would be perfect to explore alongside our 'Earth and Space' science unit! After listening carefully, we discussed which planet we thought it might be describing (before we knew it was called 'Mars!'); we then learned that Holst called mars the Bringer of War, which was very much reflected in the piece! When we listened the 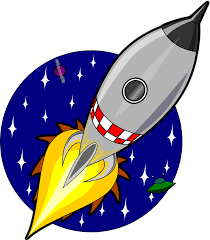 second time, we thought a little deeper about the piece and asked ourselves:

If the music was describing a colour, which colour would it be?

If the music was describing a shape, which shape would it be?

If the music was describing a line, would it be curvy and smooth or spiky and jagged?

We explored the idea that the music could be describing a spaceship travelling to Mars. As we listened again, we drew the spaceship, alongside our ideas using the music as inspiration! What do you imagine when you listen to the piece?